HAA, The dance studio has 38 years of experience in the performing arts!

Your child deserves the Best and we make them shine!

HAA, Hamilton Academy is something spectacular!

Hamilton Academy, we see something original and special in every child!

Come and see what’s waiting on the other side of your child’s Dreams. The dream to perform and experience something magical! 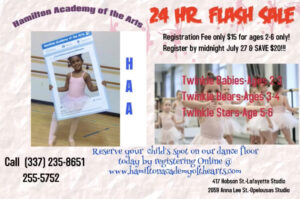